Tips for Better Co-Parenting After Divorce 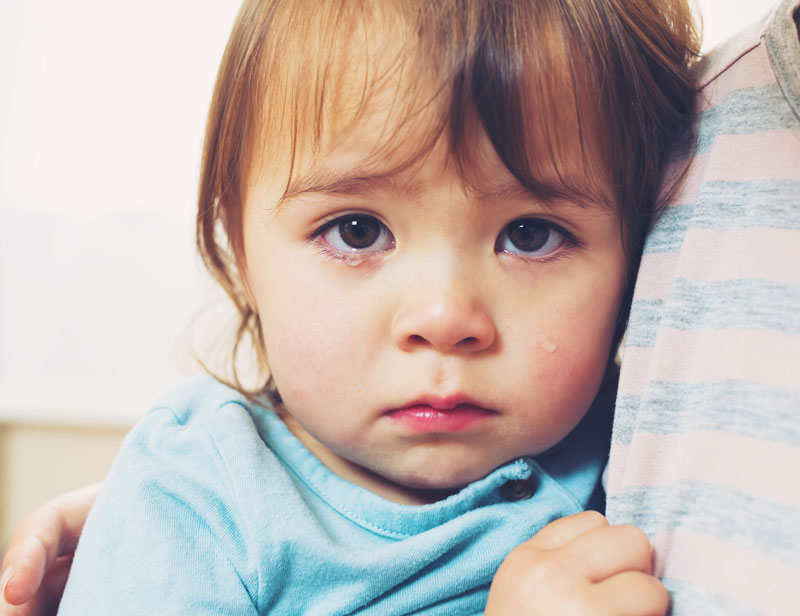 Tips for Better Co-Parenting After Divorce

Sharing parenting duties with your ex is often the hardest part of divorce. From joint custody agreements to communication and scheduling tips, consider this your guide to creating a successful co-parenting strategy.

Parenting is hard enough for couples in a relationship who live under the same roof with their kids. Subtract a marriage and add another house, and you can just imagine the challenge that is co-parenting.

Co-parenting most often describes a family situation in which two separated or divorced parents are taking care of their children together. From mixed-up emotions to crazy schedules, new spouses to shared custody agreements, single moms and dads face a whole slew of unique challenges. Here, two experts (both divorced moms themselves) share their hard-won co-parenting tips on how to create a strong partnership and healthy family dynamic as co-parents.

If your son cries that he doesn’t want to go to Daddy’s house, “accompany” him in his emotions, says Wendy Paris, author of Splitopia: Dispatches from Today’s Good Divorce and How to Part Well. Acknowledge how difficult it must be for him. Then help shift his mindset by saying something like, “You’re lucky to have a great Dad and I bet you’ll have fun once you see him.”

A key question to ask a gloomy kid is: “Is there anything I can do to make this easier?” Sometimes the source of his angst—not having the books or sports gear he wants at the other parent’s house, for example—is a problem that can be easily fixed.

“You have a lot of control over the relationship you have with your child,” says Paris, “and intimacy isn’t based just on the number of hours you spend with him.” In fact, Paris recommends not getting too hung up on a perfectly even 50/50 split between both parents. Instead, figure out a schedule that makes the most sense for everyone, and have confidence that you will be able to keep a close bond with your kids no matter what.

When she first divorced, Paris’s son slept in her townhouse every night since he was just four years old, and her ex lived in a studio apartment. But to stay connected, her ex came by every day to take his son to school. In a move that earns them a co-parenting gold star, Paris and her ex shared Sunday dinner together with their son.

As important as it is to set up a stable schedule, circumstances will continue to change, so be ready to renegotiate the details with your ex periodically. Paris checks in with her hers at the start of each school semester. To help her son feel more in control, she gave him his own big calendar on which he stamps “Mommy” days with a dolphin and “Daddy” days with a shark.

Time apart from your kids can be excruciatingly painful. Let yourself grieve this loss at first, says Christine Carter, Ph.D., a sociologist and senior fellow at UC Berkeley’s Greater Good Science Center and the author of Raising Happiness: 10 Simple Steps for More Joyful Kids and Happier Parents. Then, fill the hours with activities that will make you the best parent you can be when you are with your kids: See your friends, exercise, get rest, and pursue hobbies that bring you joy.

“It’s always hard in the beginning, but having time for yourself is a silver lining of divorce,” Carter says.

When your kids are with your ex, don’t crash on their party because you miss them. Instead, find ways to see them without interfering: Since her ex would have otherwise had to hire a babysitter to do it, Carter picked up her daughters from school and dropped them at his house. She did him a favor and got a little time with her girls.

Don’t forget to bring the friends you’ve been cultivating back into the fold when your kids are with you, adds Paris.

“Single moms can isolate and not ask for help, but it’s great for kids to have relationships with other adults.” Members of Paris’s synagogue come over to the house regularly. “It shows my son that he’s part of a larger circle that cares about us.”

5. Learn to Work with Your Ex

If you don’t get along with your ex, reframe the situation by thinking of him as a colleague you dislike, says Carter. You may never be friends, but you’ll have to learn how to solve problems together.

Meet in person when making big decisions, if possible, and keep a picture of your children right in front of you to stay focused on your shared higher purpose. Carter even recommends sitting on the same side of a table, rather than in opposition.

Don’t start texting or emailing when your ex does something that upsets you. “I keep a running list of grievances on my computer,” says Paris, “and by the time I talk to my ex, most of them no longer seem important enough to bring up.”

It’s conventional wisdom by now to not disparage your ex in front of the kids, but that’s easier said than done. “Remember that your child is half her father. When you call him a jerk, you’re essentially calling her that,” says Carter. Insulting and criticizing your ex won’t get him to change his behavior anyway. “Most bad behavior comes from a wound or a misunderstanding.”

Kind words can go a long way toward healing those hurts. Paris has heard many stories of how a co-parenting relationship drastically improved after one person issued a sincere apology to the other over a past conflict, or offered true praise of the other’s parenting skills or other efforts.

“Remarriage is the Russian Roulette of divorce,” Carter says. Someone you have not vetted will be spending time raising your child—a thought that fills many parents with terror. “The unknown is scarier than the known,” Carter says, so ask to meet the new girlfriend or spouse.

Show vulnerability by telling her what worries you have, and ask about her expectations with regard to your kids. Being open and transparent can pave the way for a closer relationship and make it easier for your kids to be close to her, too. “The best case scenario is that your children form a secure attachment to her. That will make them happier in the long run.”

When her ex began dating his now-wife, Carter felt deflated after her daughters came home chattering excitedly about this woman who, yes, owns a horse AND teaches ice-skating. Despite feeling threatened, Carter forced herself to invite the woman over, and in time came to see her as a strong role model for her daughters.

“On Mother’s Day, I wrote her a long letter explaining how grateful I am that she’s so awesome.”

After you’ve been through the ugliness of a split, your relationship with your ex might improve, says Paris. Some of his traits can now benefit your kids, without imposing on you. (They have someone to take them camping!) Even seeing a counselor together, an option for when you can’t work out a co-parenting dilemma by yourselves, could prove much more effective this time around.

Mattingly, Simms, Robinson & McCain, PLLC can assist our clients in resolving family matters with the minimum of financial and emotional expense – but we are prepared to do whatever is necessary to help our clients successfully navigate the complexities of domestic relations law. Our clients find that we balance a respect and compassion for the situation the family is enduring with our approach to representing each client’s needs.